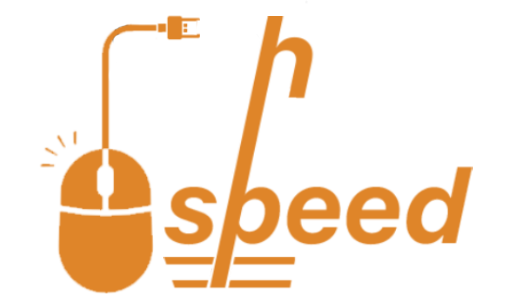 Why Clicks Per Second is Necessary? 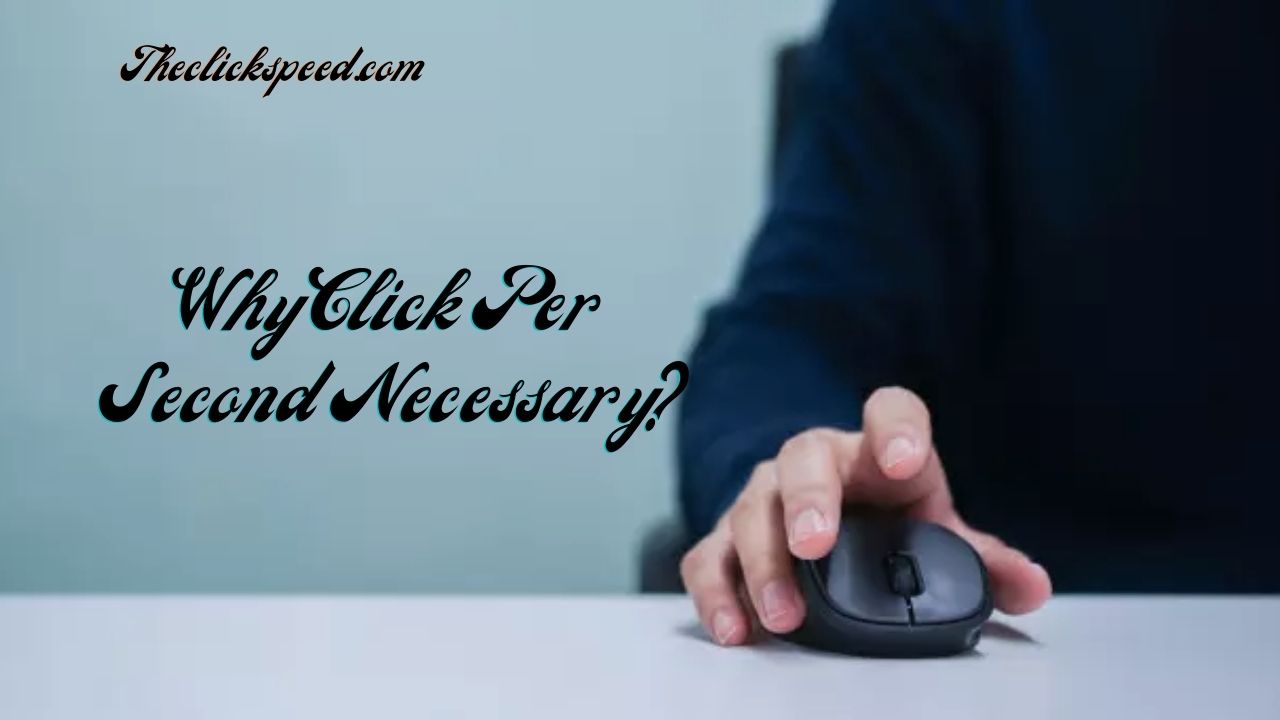 Clicks per second, also known as touch per second or CPS test, is the process of quantifying the number of clicks a user makes in one second.

Are you inquisitive about how many clicks may be made in a single second? The time range, after all, is the test’s allure.

If you believe that the average click rate is only 2 or 3 per second, you are mistaken. Up till now, the fastest click rate recorded was 16 clicks per second. Is this incredible to you? You’ll also learn how to improve your clicking skills here.

What Is The Point Of Playing Games?

Gaming appears to be something that may be a hobby for some, a way to pass the time for others, and even a way of life for some.

Many aspects of the game, as well as gameplay developments, will be accessible. Firstly, there is a larger selection of games than there was earlier when only a few games were available.

Secondly, because this segment is now considered a sport, passionate players can fight in a variety of events if they really are doing well.

Another consideration is the creation of video games and tools. Competitive gaming in a range of games, such as Minecraft benefits from a fast-clicking pace.

For gamers who want to be successful, clicks per second are critical. It’s the fastest clicking game because it barely takes a second to finish.

This test will allow you to assess your click speed, which will aid in improving your overall playmaking abilities. Players of PUBG and Minecraft can benefit from the CPS test to enhance their kinesthetic awareness.

How To Increase The Number of Clicks Per Second?

Users can improve their clicking skills by using click tactics and learning how to click faster. These techniques include:

This jitter clicking method is difficult to master, and users must practice a lot to master it. The player creates vibrations by rapidly clicking the mouse and then transmitting these hand vibrations to the fingers. Your clicking speed will significantly increase as a result of this clicking. The sole disadvantage is that excessive use might cause arthritis and carpal tunnel syndrome.

When it comes to improving your clicking speed, this clicking is also advantageous. To master this technique, you’ll need a lot of fuel, energy, and time. Clicking using two fingers on both sides of the mouse is known as butterfly clicking. When a muscle comes into contact with fingers, it produces the same vibration.

Of all the several types of clicking, drag clicking is the safest. Drag clicking, also known as Fazer tapping, entails dragging fingers from the top to the bottom of the screen. Drag clicking can bring you the highest 30 CPS in 1 second.

Many people make the mistake of clicking with a regular mouse. Playing with a standard mouse will yield uninteresting results. To get the best results and the fastest clicking mouse, get a gaming mouse.

Gaming mice are designed specifically for gaming and clicking. If we use an ordinary mouse instead of a gaming mouse, the regular mouse will quickly become obsolete.

Practice is the key to success. If you want to get a good hold on something, you need practice. Instead of looking for a shortcut, practice clicking daily.

Choose practice if you truly want to break a new record in the history of clicking. Choosing practice will help you improve your clicking skills and keep you motivated.

The number of actions completed by a user in one minute is known as an action per minute. For example, if a person performed 100 actions in one minute, their APM score would be 100. We warm up before beginning a workout; similarly, conduct an APM test before beginning any click test or game to ensure accurate results.

It aids you in remaining focused, motivated, and combative. Precision, practice, and the number of hours you dedicate to this test all have a significant impact on your ability to become a master in the gaming industry.

6. Use A Mouse Pad For Smooth Clicking:

Using a mouse pad for smooth clicking is a good idea. You’ll get the fastest clicks if you use a smooth and plain surface. On the market, there are a variety of high-quality mousepads. To earn the highest clicking points, you must use them.

Gamers are well aware of the significance of CPS for their playing productivity, but it is only a single aspect of what a player, particularly an experienced, must have in terms of methods to succeed with the greatest ease.

We think that this essay has helped you grasp the importance of having a high click per second rate for E-sports gamers.

Competitive gaming is among the most prevalent type of enjoyment in the world, with fans going from all over the world to watch their favorite athletes compete in their popular games on a yearly basis.

Whereas many people genuinely believe that professional gaming only requires skill and dedication to participate, the reality is significantly more complex.

What Factors Influence The APM?

The most important aspect of the APM tester is its accuracy. Precision is essential when it comes to mouse clicks and keystrokes. The more accurately the gamer clicks on the correct spots, the better. As a result, the player will be able to perform the most activities each minute possible.

What Are The Average Clicks Per Second For A Gamer?

Research shows a typical player can click up to 500 times in a minute, which means the CPS will be 10 clicks. But some non-professionals can make only up to 5 or 6 clicks. Most people asked, what is the good click per second? So, it is from 8 to 10.

How Does One Get 15 CPS In Minecraft?

Up to two clicks per second can be recorded in Minecraft. Users that have a higher number of immediate clicks per second, such as 11 to 14 cps, have the same click-through rate as the other gamers.

Users who practice on a daily basis can overcome the problems, but they can't be completely removed because our hands shake as we want to get more out of it. 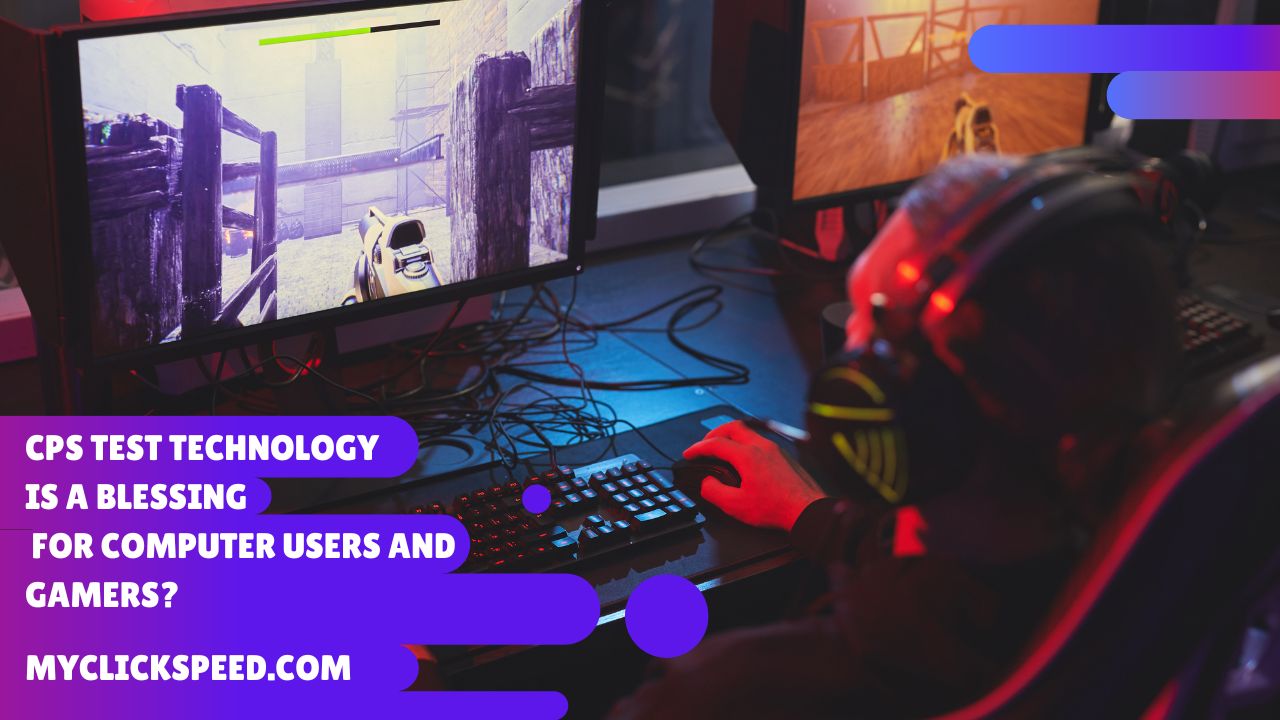 Why CPS Test Technology is a Blessing for Computer Users... 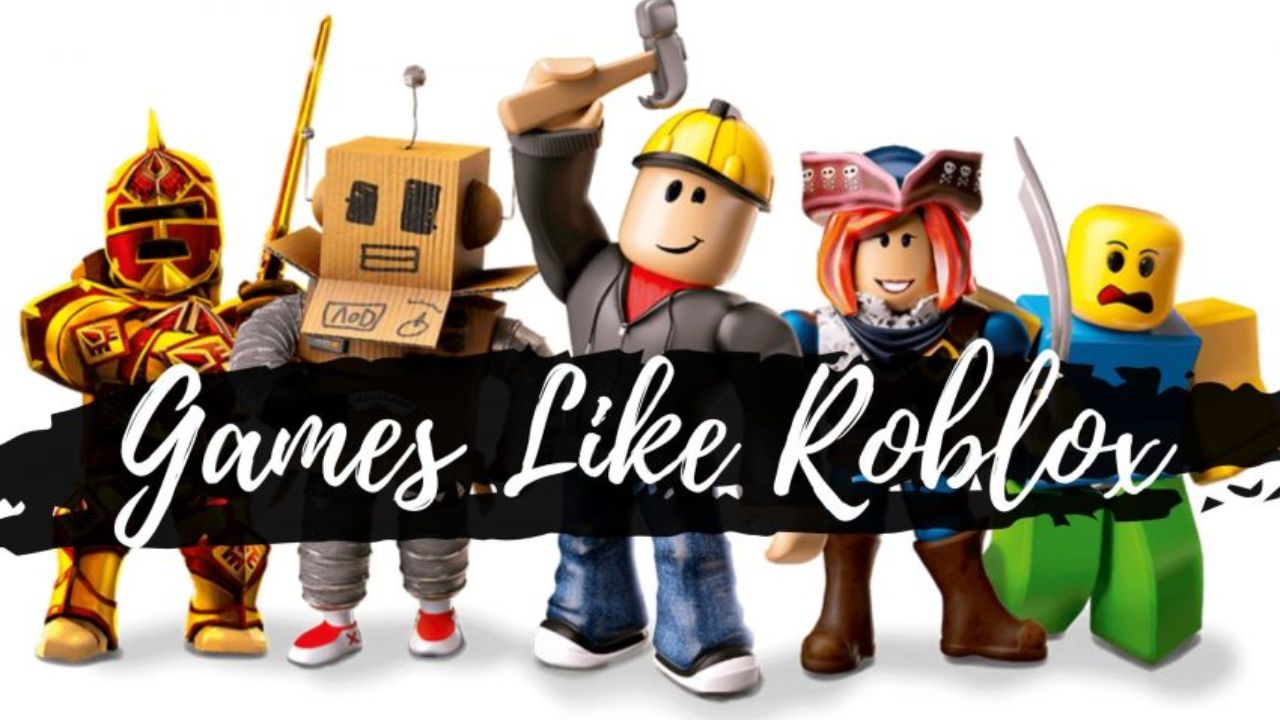 Games Like Roblox You Can Play Letting players be creative... 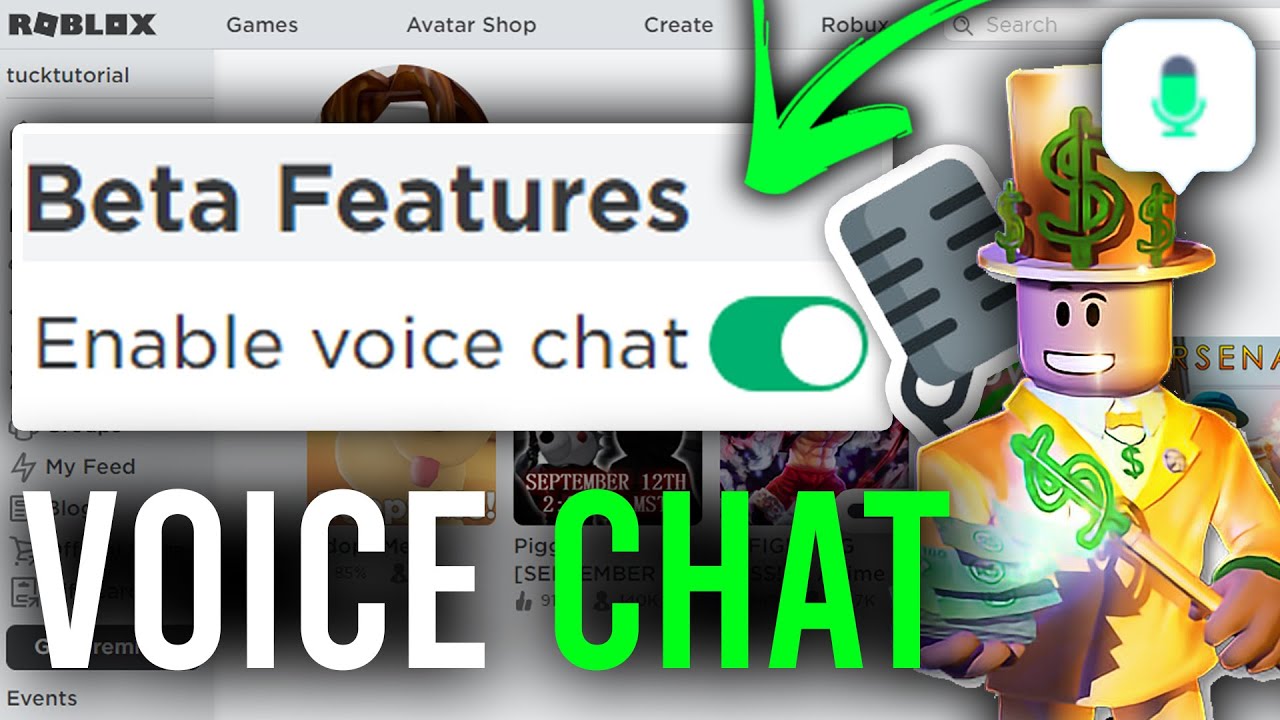 How To Get Voice Chat On Roblox? In most video... 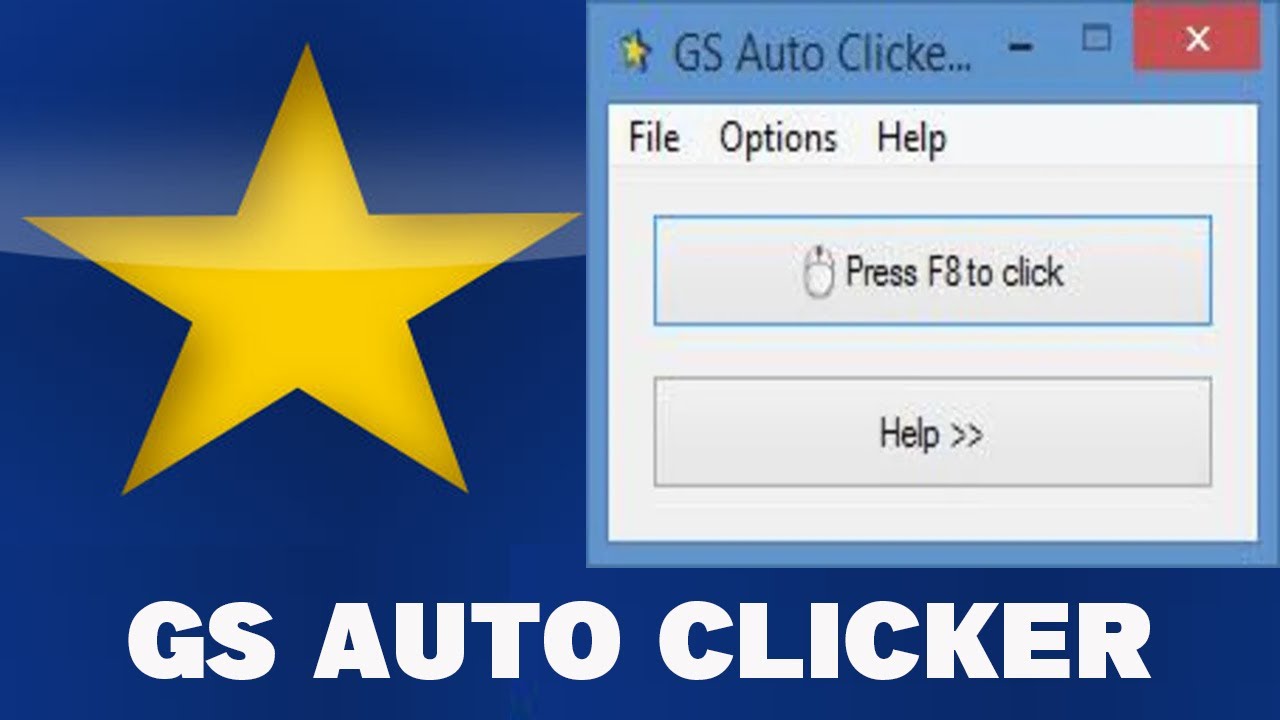 How To Fix GS Auto-Clicker? By clicking for you automatically...

The click speed test, also called the click test, is a tool predominantly designed to check out the number of clicks in a specific time range. For example, CPS (Click Per Seconds) is a click test in one second. Similarly, click speed tests in 2,5,10 and 30 seconds are also available.

Our subject matter is click count in 5 seconds. People challenge themself and check out the number of clicks in 5 seconds. For example, if somebody clicks 32 times in 5 seconds, their click per second test score will be 6.40. Everyone has a different click speed, depending on their expertise, competence, and efficiency.

You might lift your eyebrow after reading the example that why the CPS test score is 6.40 while the clicks in 5 seconds are 32. Stop stupefying. There is an easy technique to fix this question mark.

If you are clicking 32 times in 5 seconds, then to find out how much you have clicked in one second, divide 32 into five equal parts. The answer will be 6.40. If you are still not getting it, look at the lower recipe.

Click per second = No. of clicks /No. of second

CPS counter, also known as CPS tester, is also the process of counting the clicks per second in simple words. The counter has one row having three columns named “timer”, “score”, and “CPS”. Passing time will be shown in the timer section, similarly, scores in the score section. CPS will be shown in the CPS section when the time ends

It is very uncomplicated to do a 5 seconds click speed test. Here are super easy steps to follow to check clicks in 5 seconds.

Step 4: The timer will stop running and display the result after 5 seconds, and you will no longer be able to click in the click section.

Step 5: The outcomes will display on the screen after 5 seconds. Consequences will show how many times you have clicked in 5 seconds.

Step 6: You can draw more calculations from the results. For example:

Users can play click challenge in five seconds on both devices, i.e., computers and mobile. The user should prefer a mouse for a fast click per second rate. Checking a click speed test through a mouse using a computer is sometimes referred to as mouse clicking speed test. Mouses of different quality are available in the market. i.e. Bluetooth mouse, trackball mouse, magic mouse, laser mouse, etc. Choose the mouse wisely. Gaming mouse and universal mouse are preferable choices.

How Fast Can You Tap In 5 Seconds?

A boy named Dylan Allered from Vegas (the 26th most popular city in the United States) made everyone shocked by the astonishing performance of clicking 1051 times in 10 seconds. It means he clicked 525.5 times in 5 seconds. By accepting the click challenge in 5 seconds, you will know about your CPS scores. You will upgrade yourself by taking this challenge repeatedly.

How Can You Boost Your 5 Seconds Click Speed Test?

If Dylan Allered can record high click speed in 10 seconds, why can’t you smash the record and make history? Remember, you can and also believe in yourself. Just stick to the following recommendations.

Why Play CPS? Is It Helpful Or Not?

CPS is almost a matter of debate for some people. Some called it a waste of time, but others supported it. Although the pros and cons of the click speed test are considerable, the research related to CPS is that it is an anti-stress tool to cope with the situation. Here are some of the applications and advantages of CPS that explain why you should use CPS?

When people accept this challenge while in anger and rage, their minds diverge as the attention divides into two, so they somehow forget their problem and focus on CST. When they play the CST with total concentration, they almost forget their pain to full. Their mind distracts from rumination that is stressful for them. When angry people repeatedly touch the screen or click through a mouse, their stress or rage relieves them. So, in this way, this tool helps in getting rid of stress.

This tool benefits those who suffer from hyperactivity disorder by enhancing their attention to the task. When such people accept the challenge and take it over and over to improve their clicks, their focus with full mind and improve their activity level.

CPS test improves clicking rate and thus proved beneficial for gamers. Some games, e.g., Kohi Click test, also known as Minecraft Click Test because the developer’s name is Minecraft, require a high click speed to win. Best clicking speed throws the enemy out of the race in many games. Many other games, including Pub G and Fortnite, are also based on a reasonable click rate demand. Better in Click Speed Test, better in these games.